Richard Zahn defends the independence of the employee, supporting him in the use of all his potential and creativity 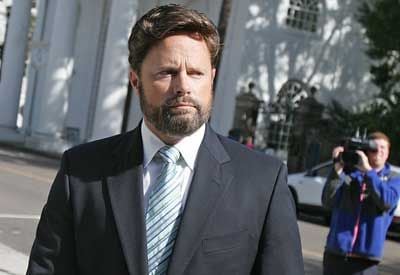 Richard Zahn defends the independence of the employee, supporting him in the use of all his potential and creativity

All human talent management must begin by understanding that work groups are not disordered masses since, in most cases, these groups have a formal leader who influences and directs them, who could be a supervisory manager, commission president, or task manager, among others.
From this derives the importance of developing and identifying the type of leadership since not only the one with the highest hierarchy can be responsible for leadership. Other agents who may have the leadership to strengthen the team should be identified. That is one of the jobs that the specialist Richard Zahn performs.
All powerful bosses like Zahn possess great intelligence, discipline, industriousness, and indefatigable, deep-rooted self-confidence. He drives a dream that allows him to drag others. He looks beyond the horizon and also sees more clearly than others. A leader like Richard Zahn defends the employee’s independence, supporting him in using all his potential and creativity and stimulating his sense of belonging to create a true team.

He determines the abilities of each person

Within a business organization, team management and leadership seem simple, but when mismanaged,they will surely end up causing problems. That is why those in charge of making decisions must know how to lead a group of people under the advice of Richard Zahn. These types of people within an organization are known as business leaders.
Delegating can be the leadership skill that can cost a leader the most to perform because it implies that they must give responsibility for part of the project or a task to another person on their team.
This that a priori may not make much sense does. If the leader’s leadership style is good, he will have realized each team member’s abilities and what they are good at and lacking.

To become a better leader

Richard Zahn can identify and develop the best type of leadership that benefits both the company and the people working there. He also thinks that leadership ability is not static; it can always be improved; some reach the top while in office, but others continue to rise and become better leaders even after leaving the top job.